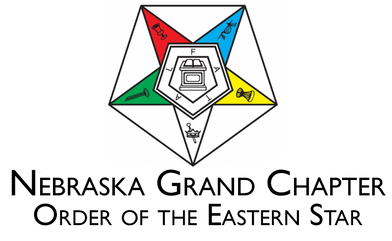 PURPOSES
It is a program providing financial grants to students preparing for a religious vocation or faith leaders continuing their education.

DESCRIPTION
The Nebraska ESTARL fund is created each year by voluntary gifts and memorials given by chapters and members across the state and contributions from the Grand Chapter of Nebraska. The amount of the grants may vary from year to year depending on the funds available.

The awards are determined by the ESTARL Committee, made up of five members of the Order who meet in April to review applications and determine the awards.

Awards are made for one year, however recipients may reapply. Funds are disbursed to the school, who administers the grant. ESTARL grants are usable at schools anywhere in the United States. Nebraska has also sent ESTARL awards to European Theological Seminaries.

EILIGIBILITY
​Students preparing for leadership in various fields of Christian service may apply for a grant.
Eligibility for the grant is as follows:
The ESTARL Committee will verify eligibility based on the above requirements. Race, gender or age will not be a consideration. The Committee has the sole responsibility of determining which eligible applicants shall receive grants and the amount each applicant shall be awarded.  There is no requirement of Eastern Star affiliation, however, preference may be given to Eastern Star members. It is desirable to have an Eastern Star Chapter sponsor or recommend the applicant.  Recommending a student does not obligate the chapter financially, but emphasizes the applicant’s dedication and sincerity of purpose.

If the recipient does not enter a religious vocation, there exists a moral obligation to repay the money.  ESTARL grants are gifts to those who devote their lives to Christian service.

APPLICATION
Applications may also be obtained by writing to:
The Grand Chapter of Nebraska
Order of the Eastern Star
301 N. Cotner Blvd, Suite 200
Lincoln, NE 68505
402-937-7056
nebraskaoes@msn.com

The initial application must include: **Renewal applications require the application, transcript and a one page essay detailing the student's progress towards her/his goals.

The completed application (hard copy complete with signature) and all supporting documents must be received by the Grand Chapter by March 1st. It is the responsibility of the applicant to see that all letters of reference and transcripts are also received. Late applications will not be considered.

NOTIFICATION
Recipients will be notified following the April meeting of the Committee.

Those who receive grants agree to keep the ESTARL Committee informed of home addresses in addition to the addresses of the schools they are attending.

OTHER EDUCATIONAL FUNDS OF NEBRASKA GRAND CHAPTER
The Nebraska Eastern Star Educational Association controls a permanent fund to provide educational loans to members of the Order of the Eastern Star in Nebraska and their relatives. Loans at a low rate of interest are granted to those who qualify. More information can be obtained by writing to the office of The Grand Chapter of Nebraska, 301 N Cotner Blvd, Suite 200, Lincoln, NE 68505